Home » Articles » Can You Argue Facts Excluded from Evidence in Probate Court?

Introduction: Filing or Contesting a Will

Texas Probate Court is the court in charge of handling the probate process for deceased persons who resided in Texas. This includes distributing their assets to heirs and resolving any debts or claims against the estate. The court also has jurisdiction over guardianship and conservatorship matters involving incapacitated adults and minors. If you’re party to a probate proceeding in Texas and want wonder if you can introduce evidence the court has excluded. Texas Employers Ins. Ass’n v. Phillips, helps us find an answer.

H. E. Phillips worked on a drilling rig as a “rough neck.” While working, he sustained a back injury while helping lift a joint of pipe. Phillips took 10 days off of work and then returned and preformed the same job for the same amount of compensation as he did before the injury. He did so for nine months even though he was disabled. He then brought suit to recover from Texas Employers Insurance Association under the Workman’s Compensation Statute.

During the first trial, Phillips gave testimony that he continued to work while disabled because his wife was in poor health. He did so to explain why he continued to work even though he was disabled. Texas Employers Insurance Association objected to the testimony stating that his wife’s condition had nothing to do with the case. The judge sustained the objection but Phillips made a comment about the objection in the closing argument. The judge did not instruct the jury to disregard the comment. The court awarded Phillips $8,853.75 and Texas Employers Insurance Association appealed.

The court of appeals sided with Texas Employers Insurance Association. It held that the trial court should have instructed the jury not to consider the comment. The testimony of the wife’s condition could make the jury think that the Texas Employers Insurance Association had information about the case that they did not know about, and that the insurance company was keeping something from them by objecting. It is also wrong for the opposing counsel to argue facts in closing arguments that were objected.

Texas Employers Insurance Association also claimed that there was jury misconduct that skewed the verdict. One of the jurors was an employee of an oil company and said that many companies require physicals before hiring someone. The trial court heard testimony of this and overruled it. The appellate court again sided with Texas Employers and held that there was jury misconduct. This is because this is evidence being used that is outside of the court’s record. The case was reversed and remanded.

Can a party argue facts excluded from evidence?

No. Counsel may not argue facts outside of evidence to the jury. This could suggest that the opposing party is hiding something from the jury.

Can jury members offer evidence, outside of the courts record, based off of his own experience when delegating a decision?

No. A jury member may not offer evidence based off of his own experience if the court has no record of it.

Texas Employers Ins. Ass’n v. Phillips shows that counsel may not argue facts outside of the evidence offered and jury members may not offer evidence that is outside of the courts record when delegating a decision.

If you’re involved in a probate case in Texas, it’s important to know what kind of evidence is admissible in court. While there are some exceptions, generally speaking, any facts that are excluded from evidence cannot be used to argue your case. This means that if you have information that you believe is relevant to the case but which has been excluded from evidence, you will not be able to use it in court.

Do you need to hire an Experienced Probate Attorney to help with your probate litigation?

When it comes to probate litigation, one of the most important things you can do is hire an experienced probate attorney. Probate attorneys know the ins and outs of the probate process, and they can help make sure that your rights are protected. Call us today for a FREE attorney consultation. (915) 292-4400.

Can witness statements be used as evidence?

If you are a witness to something relevant to a probate case, your testimony may be used as evidence. In some cases, a written statement or affidavit from a witness may be used instead of live testimony. The rules about what types of evidence are admissible in probate court can be complex, so it’s always best to consult with an experienced probate attorney before entering into any litigation.

What evidence or evidences are not admissible in court? Prejudice or prejudicial

Are text messages admissible in court in Texas?

What are the Texas rules of evidence?

The Texas rules of evidence are the rules that govern what can and cannot be used as evidence in a court case in the state of Texas. These rules are important because they determine what information the jury will be able to hear and consider when making their decision.

There are many different types of evidence that can be used in a court case, but not all of them are admissible under the Texas rules of evidence. For example, hearsay evidence is typically not admissible in court. This means that if someone tells you something that they heard from someone else, you would not be able to use that information as evidence in court.

If you are preparing for a court case in Texas, it is important to familiarize yourself with the Texas rules of evidence so that you know what kinds of evidence will be admissible in court.

How to find a will in Texas? Clerk?

If you’re looking for a will in Texas, the first place to check is the county clerk’s office in the county where the deceased person lived. The clerk should have a record of all wills filed in the county.

If you don’t find a will at the county clerk’s office, you can check with the deceased person’s attorney or bank. The attorney or bank may have a copy of the will on file.

If you still can’t find a will, you can try searching online. There are a few websites that allow you to search for wills by state.

Once you’ve found the will, you’ll need to file it with the probate court in the county where the deceased person lived. The court will then appoint an executor to handle the estate. 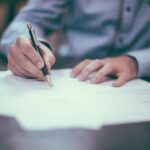 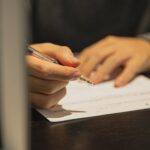