Home » Articles » When Can a Will Be Legally Revoked?

In the Texas case of In re Estate of Capps, the court was faced with the question of whether the decedent’s will had been revoked. According to Texas law, a will can be revoked either by physically destroying it, by making a new will that revokes the old one, or by making a statement indicating an intent to revoke the will. In this case, the decedent’s original will could not be found, and there was no evidence that she had made a new will or made a statement indicating an intent to revoke her will.

The decedent’s family argued that the will had been revoked because it could not be found in the metal box where the decedent kept important documents. However, the court found that this was not sufficient evidence to overcome the presumption that the will was still in effect. This is because the decedent had given a copy of the will to the major devisees named in the will, had publicly announced her intentions regarding her property disposition, and continued to have affection for the devisees named in the will.

Additionally, the court noted that the decedent was the type of person who would have informed others if she had revoked or changed her will, and there was no evidence that she had told anyone a contrary intention regarding her disposition. Based on this evidence, the court concluded that the presumption of revocation had been overcome and that the decedent’s will was still in effect.

In summary, the Texas case of In re Estate of Capps held that evidence sufficient to overcome the presumption of revocation of a will includes the decedent giving a copy of the will to the major devisees named in the will, publicly announcing their intentions regarding their property disposition, continuing to have affection for the devisees named in the will, and not telling anyone a contrary intention regarding their disposition. This case highlights the importance of providing clear and convincing evidence when attempting to prove the revocation of a will.

If you need an experienced probate attorney to help, call us today to schedule a FREE attorney consultation. (915) 292-4400.

How Do I Locate a Will?

Does a Complex Estate Plan Mean a Lengthy Legal Battle? 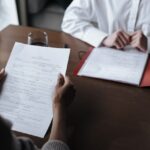 How to prove an equitable adoption took place in Texas?
January 11, 2023Jack Manhire